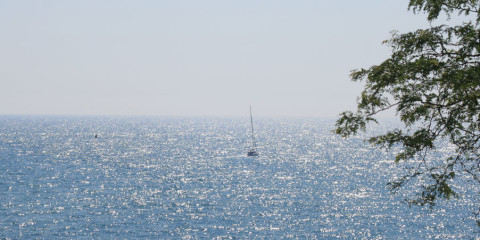 Chicago is the third most populous city in the United States, the most populated in the American Midwest, and a city Brittany has seriously considered moving to. Chicago holds a special significance to us. It was one of the first cities we traveled to together (as a layover stop for our first trip to England). It was also where we decided to celebrate our one month anniversary the year we started dating… 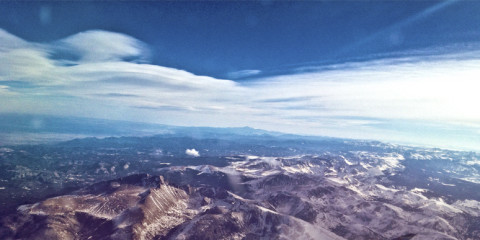 Hey, everyone, we spent a layover in Denver en route to Las Vegas for my 30th birthday. It was my second time in Denver and every time I visit, it is sooo gorgeous! I’ll share a few photos with you here. Let’s just say Rafael and I both want to go back so we can spend more time in Colorado. I definitely see the appeal. So beautiful! 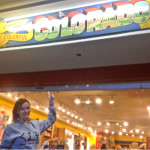 Goofing around at the Denver airport 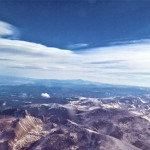 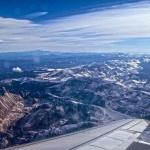 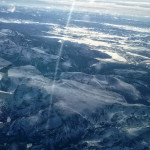 Have you ever had a surreal moment where you feel like you’ve stepped into a movie? Like you’re seeing something through someone else’s eyes, and the images in front of you are far too brilliant to be your own reality? That’s how I’ve felt for the past week. Few people have been to England once. I am lucky enough to have gone TWICE. Europe is every bit as beautiful and romantic in person as it is on the big screen, except it’s even more magnificent. In the movies, you get a taste of worlds you’ve never seen, but there’s no way you can comprehend them through a television screen. You have to see, touch, feel, taste, smell.. and live. I don’t understand why people are obsessed with places like Gatlinburg when there’s an ENTIRE WORLD of beauty out there, and there’s no way any of us will ever experience it all in our lifetimes.

The first time I traveled abroad, I was 16. I’d barely gotten a taste of life but I was already craving more of the world. So I decided to take a European tour. At the time, I’d never flown on a plane. I’d never been out of the country, never had a real job, never been kissed, never been in love, and never really considered my abilities to stand on my own two feet without family and friends to comfort me. And there I was, in lands I’d never even fathomed, with complete strangers, far from home for several weeks – and loving every minute of it. I didn’t realize it at the time, but I had this glorious childlike naiveté – this simplicity and peace of mind that was neither forced nor ignorant – and it allowed me to be ecstatic over the tiniest details of my trip.

For anyone with an imagination, I’d say traveling is like returning to childhood, finding adventures around every corner, being amazed by every new sight and sound laid like a platter before you. This time around, I was less naive. I knew what to expect because I’d done some of these things before. I wasn’t alone; I had one of my best friends to share it with. I was better prepared, street smart, and looking at the world with the eyes of a young woman instead of a teenage girl. I saw the romance I’d overlooked before. I slowed down and enjoyed things I’d skipped out on the first trip. And I corrected mistakes I’d made the first trip, too. Although it wasn’t as exciting this time because it wasn’t as new, it was refreshing and inspiring and it lived up to every expectation.

Every day it becomes increasingly obvious to me that the goals I set for myself don’t really match up to the general population. I can’t say I’m above the peer pressure to get married, start a family, and buy a house with a white picket fence. But I have to keep myself in check. The American Dream isn’t MY dream. I’m not driven by the material. I’m driven by intangible feelings, memories of experiences, fresh people, meaningful relationships, things that keep me inspired. See, I have this list of things I want to do before I die, and going back to Europe has always been on that list. Now that I’ve crossed off that bullet point, I feel so… accomplished. Empowered. I’m on the right track and anxious to see what else I can do if I put my mind to it.

Let’s be real here: Getting overseas this time around was a nightmare. Although I have NEVER been so stressed or disappointed planning a vacation, I learned from it. At the end of all this, I’ll be a seasoned pro when it comes to travel. It was as if all the set-backs allowed us to appreciate the trip even more when the loose ends finally did come together.

A lot of people asked me why I chose London.

I’ve been there before. I’ve been all over Europe, so I knew where I DIDN’T want to go. London always held a special place in my heart as the first European city I ever visited. If you’ve never been there, picture the hustle and bustle of New York City. Okay, now take out the roaches, the rats, the filthy streets, and the odor. Make the city so clean that you have to walk for blocks just to find a trash can. Then replace the buildings with magnificent medieval cathedrals and gothic gargoyles that make modern architecture look downright primitive. Replace the NYC accents with “proper” British-English, and then take the melting pot we are so proud of in America and triple it. You’ll hear people speaking German, French, Italian, Spanish, Russian, English, Japanese, Chinese, Indian, and any number of African dialects on the same street, at the same time, multiple times a day, and eventually you won’t even think twice about it. London takes all the positive aspects of younger American cities and it doubles them, then adds its own flair, its own reasons for pride that are much different from our own. It’s both familiar and new, and I think that’s why I was drawn back for more after all these years.

I’ve seen some amazing things. The photographs are posted on MySpace and Facebook. I won’t give a play-by-play of the trip because I feel like I did a pretty good job with my photo-journalism. I can’t find words that are worthy for some of them; you’ll just have to SEE them. Besides, these kinds of things are more exciting to talk about in person 😀

I’m having trouble sleeping as Euro Trip ’08 comes to a close. This will be my last day in England. My 8 hour flight back to the States happens in the morning. To think that this trip ALMOST didn’t even happen!

I just wanted to post a quick blog to let you know that I am alive and I am having a marvelous time, even though the trip got off to a bumpy start. Europe is beautiful. I feel like I’ve walked into a movie scene. I can’t wait to share the photos and some stories with you. Man, I’ve got some stories!

We’ve heard a LOT of Rihanna on this trip. Like, a lot… And I got called a “Yank” (yankee) for the first time in my life. It was in a haunted house, of all places…

I will post more when I can. I have to try to get some sleep now. It’s 6am here and today will be a busy day.

As the Brits say: “Cheers, dahlings!”

I am so happy to be a part of this world right now. The underlying knowledge that I am part of a scheme much bigger than I could ever imagine has been reawakened by the events of the past few months. Tasting other cultures in Europe, and seeing how eagerly they are following the big election happening at home in the United States, turning to us for hope in an uncertain world, and then watching the world rejoice when America set its deep-rooted racism aside to elect a black president – this all just seems surreal, but at the same time, it feels like all the things I fought for as an activist are finally starting to come true.

We returned yesterday from almost two weeks of pure “me time” in Europe. I lovingly refer to our first vacation together as Euro Trip ’08.

There are lots of stories from this trip, both good and bad. The trip there was fine. I listened to the Ting Tings (“That’s Not My Name!”) and “Banquet” by Bloq Party and maybe even some Lily Allen before falling asleep for most of the flight. We landed early in the morning in cloudy (but surprisingly, NOT rainy) London.

1. Mind the Gap!
2. They’re NOT elevators. They’re “lifts.”
3. In big, scary haunted houses, American “Yanks” will always be expected to lead the way into the darkness.
4. If something is crazy, it is “bloody mental.” This can refer to either people or situations. Used in a sentence:

“If you expect ME to lead the way into that big, scary haunted house, you’re bloody mental!”

5. What’s cooler than being cool? Being “wicked.”
6. They love cheese. And all this time I thought it was just a stereotype!
7. There’s nothing wrong with drinking a whole pint of beer with your lunch.
8. The Brits want Obama to win the election. Watch this little gem of adult humor if you don’t believe me.
9. Jack Daniels Tennessee Whiskey is BIG in Europe. I wasn’t expecting that! Kentucky bourbon, however, doesn’t even appear to have made its presence known. I felt like a traitor at the bar we visited… very disappointing 🙁
10. European television is weird. Anything goes. Which makes it WAY more entertaining. While flipping through the channels, we discovered Bill Bailey’s Drum ‘n’ Bush and German Hokey Pokey

We experienced ridiculous turbulence on our flight back home, including the entire six hours we were soaring high above the Atlantic Ocean. Then, during our connecting flight from DC to Kentucky, we were stuck flying through thunderstorm clouds the entire time. At first, Rafael was excited because he wanted to experience what it was like to fly through a stormcloud. After about two seconds, we both looked at each other and agreed: not fun.

This also spawned me to think of a Top Ten List of Songs You’re Most Likely to Hear on a Plane That’s Crashing. (Random? Yes. Wildly inappropriate? Of course. But so am I…) If you’re wondering, the list included “Leavin’ on a Jet Plane” by John Denver and “Sugar, We’re Goin’ Down” by Fall Out Boy, among others.