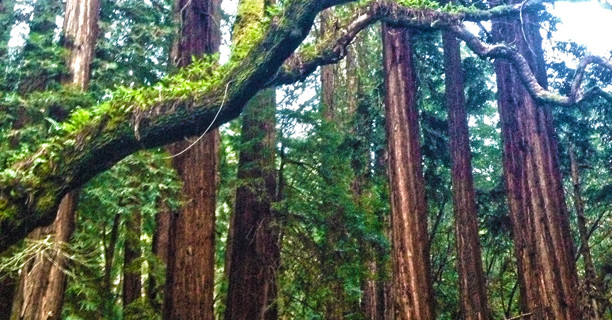 Ever since I was a little girl, I’ve been fascinated with all things ancient — from the giant redwood trees to dinosaurs and other prehistoric creatures. At one point, I even considered going into a career as a paleontologist (true story). After seeing Jurassic Park (and reading all the books) as a young girl, I used to dig up what I believed to be “dinosaur fossils” in my parents’ backyard. Yes, they were really just rocks, but I had myself convinced I was discovering the next T-Rex. Luckily, my mother was a patient woman…

So, OF COURSE, when we took our first trip to northern California, Rafael and I both agreed we HAD to visit Muir Woods, an old growth Coast Redwood (Sequoia sempervirens) forest, one of only a few such forests remaining in the area. The trees here are related to the Giant Sequoias, and grow nearly 300 feet tall. Most of the trees are between 500 and 800 years old, although the oldest tree is thought to be over 1,200 years old. The canopy created by this old growth is unbelievably stunning. 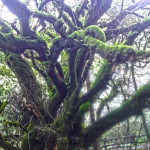 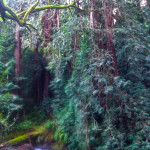 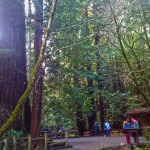 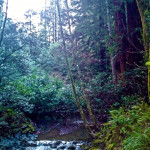 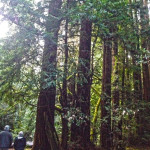 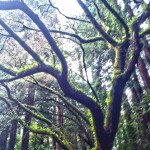 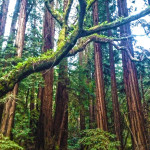 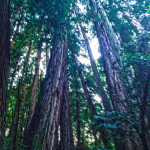 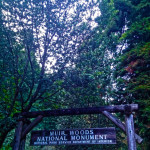 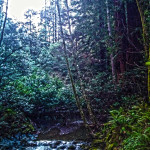 In addition to visiting Napa Valley on our anniversary, we also celebrated one year as a couple by driving a bit further to Muir Woods in northern California. It was mid-February, but the weather was sunny and gorgeous. We couldn’t have asked for a prettier day.

Despite getting robbed that morning, we still managed to have a decent time and luckily, our cell phones were not stolen so we were able to snap a few pictures in the forest that day.