Our World. Our Journey.

Welcome to the travel blog of Brittany and Rafael Robinson. We’ve been friends since 2002, traveling the world together since 2008 and — some would say, “finally!” — dating since 2013.

On October 21st, 2015 (aka Back to the Future Day) we eloped in Lexington, KY. One year later, in October 2016, we finally celebrated our wedding, exchanging vows surrounded by one dozen loved ones in Zion National Park in Utah. This blog chronicles our globe-trotting adventures together. Thanks for stopping by! 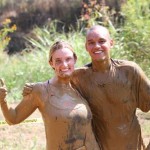 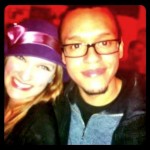 We’re two adventure-loving, globe-trotting web designers on a mission to live life to the fullest (and have fun while doing it). When we’re not zip lining, running races, doing P90X or planning our next vacation, you can usually find us hanging out in Kentucky with the world’s greatest dogs (Ella the pug and Luv the schnau-tzu).

We enjoy cheesy sci-fi, Doctor Who reruns, tinkering with computers, going to comic cons, and pondering quantum physics. We also believe that Babybel cheese might be the food of the Gods, but that’s a story for another time…